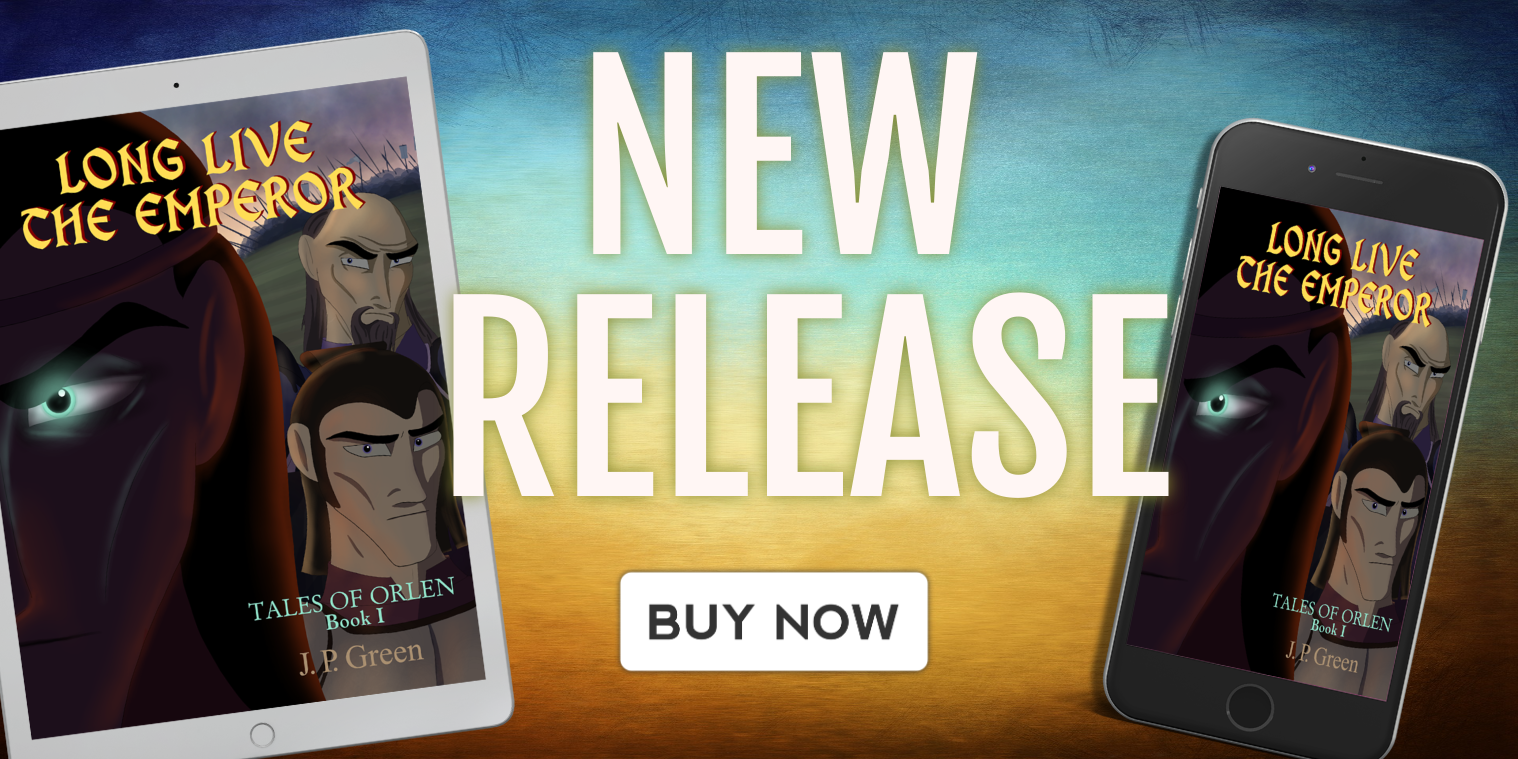 Long Live The Emperor
Book I of the Tales of Orlen Series
by
J.P. Green

The time of the Jirose Empire is over. Torn to pieces by war and strife after the death of the last Emperor it is but a shadow of its former glory, never to rise again…Or is it.Out of the shadows comes a mysterious heir to the throne. A master strategist, a cunning mind, a deadly leader…But can he be trusted?Long live the Emperor, Book I of The Tales Of  Orlen Series, offers its readers a glimpse into the complex art of war and strategy with its richly illustrated pages and engaging writing.

“Long Live the Emperor is a wonderful read that gives us our first look at a world that isn’t simply what it appears on the surface. Magic, time distortion, dimensional travel, ancient strategy and many clever twists will keep you reading and want to know more about this fascinating world of Orlen.”
– Author Timothy Mitchell