Internet radio (podcasting or webcasting) is a revolution in media delivery.  Back in 2008-2009 our team was initiated into the world of online radio through a horrible experience with Blog Talk Radio (then in its infancy).  We were working on launching a private EcoVillage network and we wanted to promote it online – simple enough intention which led us into a rabbit hole.  We discovered Blog Talk Radio and sent a simple request that they add a ‘sustainability’ category onto their list and ended up in a conversation with one of their customer service reps.  He offered us a ‘channel’ and told us that they were in the beginning stages of beta testing this new service.  24/7 radio broadcasting that we could advertise on and fill with all of the ‘talk radio’ interviews we wanted.  This lit a new fire of inspiration for us as we realized how awesome it would be to do interviews with all of the amazing pioneers within the sustainability movement to highlight all the current ‘solutions’ to our global issues.

Long story short after months of preparation and planning they basically reneged on their offer which left us in an awful position because we had already done all of the groundwork with sponsors and show guests….

We switched plans and found another platform, Modavox, who was launching a new ‘Green Talk’ channel and they promised us big audience with a fat paid contract…not knowing anything about this new business we jumped right in and raised money to get into contract with them.  Well another long story short we did succeed in launching the first 10 pilot shows after hundreds of hours of learning spirals only to be let down again by the lack of delivery on their end. So why share all this early history?  Well despite the negative experiences with the host platforms we had the time of our lives and learned so much about radio broadcasting that we became hooked.  It has been years since those early broadcasts happened but we have always known when the time was right we would launch our own platform and resume broadcasting.  We had operated under a different name then and since that time previous team mates have gone their separate ways but as we launch ReGenesis Media we wanted to put the ‘Radio’ on our menu and invite anyone with audio editing or radio broadcasting experience to contact us if they would like to join us in producing high quality talk radio. 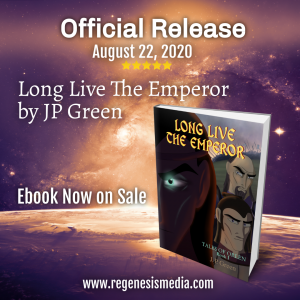